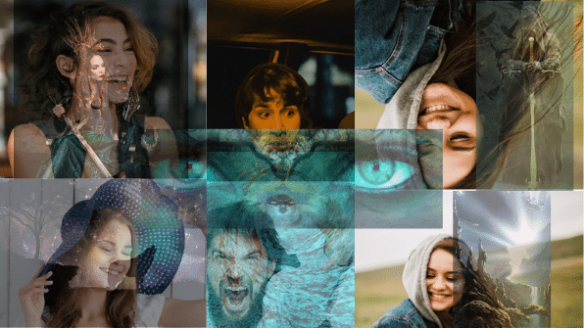 Hochtrabende The Tormentor was despicable. And cared not. He committed beastly acts all in his quest for final approval of The Nameless in Ascendancy and the subsequent bounty.

This, he calculated would be last required location, another pastoral idyl to be despoiled by heinous cruelty to an innocent. Their suffering the last pieces to be set in place.

He sat in unholy meditation, savouring hideous memories preparing himself.

Kaltblutig was cruel; to be objective Life had been cruel to him from childhood. He was thus an effective henchman. He reasoned his cruelty was quicker and more efficient than Life’s version, so it was a sort of service. Had he met the right sort of philosopher they would have had interesting conversations. Currently though he was working for a necromancer, arrogant of course, but paid well.

Young Anfanger, dithered at his side.

‘She’s a looker,’ he giggled nervously ‘Think he’ll let us,’ he would have nudged someone lesser than Kaltblutig, instinct warned him not to ‘Y’know,’

‘Not supposed to be anything left to…Y’know,’ came the growl. The veteran looked to the door to the chamber, doubt nagging, he could say why. Only an odd feeling he was on this side of the door.

‘I am Lady Betrügerin. Youngest child of House Krachen. My father, two brothers, my betrothed and my prospective in-laws all predisposed to violent solutions will visit upon so much woe upon you,’

Acolyte Glucklos winced. The kidnapped girl was possessed of speech characteristics and a variability of tone which made listening to her somewhat grating, the words ‘and’ and ‘so’ at a pitch and drawl to hurt the ears. Worse, despite being ambushed while walking through a wood, roughly manhandled, then tied to a table in the presence of a hooded man she did not appear a’feared, only annoyed and defiant. Peculiar.

And then she giggled

‘Why do you wear that silly hood? Are you possessed of a peculiarly shaped nose?’

The suddenness of the question caused him to respond directly.

‘There is nothing wrong with my nose,’

‘Says you,’ her nose twitched ‘ I bet messing about with all things which give off these funny smells is causing your nose to grow upwards. That’s it. You have a sticky up nose,’ she giggled again, this time accompanied by an intense stare ‘A piggy-wiggy nose,’ she chirped.

Glucklos was thrown into confusion. These were not the right responses of a kidnapped maiden. Suddenly he did not know what to do. He was gripped by an urge to rush to his master, Hochtrabende.

Hochtrabende heard not the usual pleading, crying or general distress you would expect from a kidnapped maiden. Only a winsome voice, a protest from his acolyte and… girlish laughter? That was peculiar. Maybe hysteria. Yes, women did get hysterical. He would have her sing a different song. He strode out.

Finding Glucklos had not laid out the ceremonial knives, nor lit the thick blighted yellow incense. He was in debate with the victim over his nose.

Hochtrabende roared his disapproval and ordered the acolyte to attend to the preparations.

‘And here’s another hood,’ trilled the girl managing to waggle one finger in an accusative gesture ‘What’s your peculiar penalty? Droopy earlobes?’

Hochtrabende made to loom over her, malignant eyes glaring through slits. This one had a singular capacity to be annoying. He squeezed her face.

‘Cease your babble,’ he snarled ‘You are here to satisfy The Nameless in Ascendancy and bring forth Their Horror upon the world,’

‘That was very rude,’ she chided with heavy dignity and a slight sniff ‘And I don’t believe you. You are just some silly inadequate with paid bullies and a deluded fellow,’ she twisted her neck and batted her eyes at Glucklos ‘Poor piggy-wiggy here,’

‘There is nothing wrong with my nose,’ repeated Glucklos.

The irregularity of the situation threw Hochtrabende into another bout of precipitate action.

‘This is but a taste of suffering to come in your journey to The Nameless in Ascendancy,’ he rasped drawing a curved blade down her arm, blood seeping from the thin line.

Kaltblutig had much experience of screams. Fear, Rage, Defiance, Confusion, Thrills and so forth. That one was different, as if the door did not matter. Aside from the volume and the highest pitch he’d ever heard, there was an odd quality, he would reckon a warble. A right strangeness. His troubled, thoughtful scowl stifled Young Anfanger’s expectant tittering.

Unlike Glucklos who had hands to his head, all of Hochtrabende’s resolve was channelled into not wilting under the shriek. When finished the girl scowled

‘Well that’s a fine how-do-you-do,’ she wriggled her bloodied arm, muscle blossoming ‘This will not go well for you when my rescuers come,’

The smugness in her voice was harsh, mocking. Hochtrabende had never encountered such distinctive affrontery, which fuelled his rage beyond his usual cold delight.

‘Wretch,’ he spat, unaware his vocabulary was narrowing ‘Know you, I have others in the wood ready to ambush any attempt. You are lost,’

She stuck her tongue out. He had no response but to assail her other arm.

By now Young Anfanger, influenced by the elder man, shuffled.

‘My favourite walking out dress torn and badly stained,’ her voice censorious ‘Whereas I normally avoid the propensities of the male where retribution is involved in this case pinches and punches will be considered,’ she glowered at Acolyte Glucklos ‘As for you  Piggy-Wiggy, there will be a severe nose straightening,’

Maybe it was the imperturbably assertive voice, perhaps the sense his master was losing authority or mayhap whole unreality of the situation which caused the young man to tear off his hood and pointing to his nose scream into the supposed victim’s face.

‘This is a normal nose. An average nose, curse you!’

‘Cadet Lord Glucklos. Third Son of House Raffgierig. And your father, Duke Bestechlich titular patron of the Cheese Mongers and Purveyors Guild of  Handelsknoten.  The scandal. He will have to stand down and lose the substantial stipend as they find another noble mascot,’ she tutted. Gluckloss howled and intended to strike at her face but bungled the business, she jinked her neck, he missed and as his palm flew by she savagely nipped his little finger, drawing blood.

By then Hochtrabende had composed himself. He dragged the youth back to the corner swinging him about to view a table with tomes of evil lore.

‘You fool. This girl is either insane or possessed of some latent manifestation. Calm yourself and we will consult the Foul Volumes,’

In his long career on unpleasant actions Kaltblutig had never known such a bunch of oddness.  Hochtrabende usually indulged in malevolent pretend aloofness. Not ranting Self-preservation told him orders forbidding witness of what went on behind the doors no longer applied. He peered through the usual space twix’d locked door and frame.

When master and acolyte turned back, their intended victim was sitting up, busily untying the ropes to her legs. She paused to waggle her bloodied hands.

‘Blood does so slicken ropes and skin, allowing hands to slip out,’ she explained with an air of domesticity.

Hochtrabende, in horrified desperation, mind filled with impossible answers to this situation began to chant a plea to his patron, hoping fervour and faith would do in place of sacrifice. Glucklos charged in clumsy scamper waving an ornately curved blade, an inappropriate weapon for the thrust.

And he was felled by the promised punch to the nose.

Hochtrabende lowered his gaze from the usual upwards chanting pose. The girl was not in front of him.

She was above, impossibly at ease on no particularly visible perch.

Her eyes bright, teeth sparkling in a cheerful smile and arms outstretched she swiftly descended.

On seeing the girl slip loose Kaltblutig had exited, only to find outside of the previously abandoned abode bodies or soon to be bodies of the lot Hochtrabende had hired. Waiting were ten men in the very dark green of the dread LifeGuard and adding to the dread two in the night black habits of the Custodians of The Lord God’s Will. One of the LifeGuard pointed at Kaltblutig.

For a man steeped in cruelty and its consequences, the words were as good as it got. He surrendered.

He was bound, set against a tree and informed he would be telling the LifeGuard every last detail about long list of his employers, locations and deeds.  Meanwhile the body of Young Anfanger was carelessly hauled out by one LifeGuard. They formed a perimeter at the entrance and the Custodians went in, sometime later they hauled out Glucklos, he was alive though, holding his bloodied nose and babbling protests about its state.

‘We’ll be keeping this one,’ a Custodian said to a LifeGuard ‘Regrettably all we found of that wretch Hochtrabende was a pile of ashes. Again too late. These debased amateur meddlers thinking themselves able to deal with unquantifiable forces.

‘So our unseen allies, they evaded us. Again,’

‘Aye, just those hints of screams, barely audible,’ he patted the dog at his side

‘And the locals will be grateful we tracked and apprehended a group of recently arrived bandits before any harm was done. To them, anyway,’

The return was ever the demanding exercise, and therefore a slow rise from the crouch was best, as always the warmth of the greeting washed over them.

‘How good to see you returned intact. Still in the female form,’ the voice was gentle and thoughtful ‘Your preference?’

‘I do confess to an ease. I feel a may have been such before my original arrival,’

‘Aye, there is a likelihood. To return to current matters. Indications are of a complete cleansing. Can you confirm?’

‘The tracking and the luring were quite easy and the clues sufficient for the authorities. The rest fell predictably into place. He was left naught but a pile of ash. The evidence was balanced as directed. Sparse enough to ensure mystery but sufficient to encourage study,’

‘Others will be returning from their missions. We will gather and evaluate both progress and influence. This recent trend is most distracting. The misinterpretation of an ancient account elevating some ill-fated and obscure dabbler to the level of an evil deity would be farcical, if there were not the suffering many and promotion of negligible individuals to popular notoriety. It is not be tolerated. I daresay some philosophies would be the basis of condemnation on our methods and goals, and yet when faced with the corrosion and nurturing of such evils what is to be done?’

The returnee sighed, straightened, then made their way over to a bench from where they could look down upon the world they had just left in all its combinations. As they mused their hair darkened and the clothing took on a more basic appearance, they absently scratched their neck. When they spoke their voice was more of the crowded streets of a city.

‘It’s a peculiar old state of affairs an’ no mistake,’

For the Love of Words, Nature, and Spirituality