I have followed Keith’s magisterially mature and dignified blog for some time now and have consistently been impressed by his ability to deliver a strong point in restrained tones.

I, therefore, am passing details of this recent post to all my American followers. To those in other nations share this that your American followers make take up the cause to win their nation back from hysteria, excess, bigotry and incompetence.

The following is a variation of a letter I forwarded to my US legislators. Please feel free to adapt and use. ************** Seeing the parade of diplomats and senior staff members testifying under oath regarding their consistent concerns over the president’s abuse of power is telling. They are exhibiting political courage with the knowledge they […]

via Support the impeachment process — musingsofanoldfart 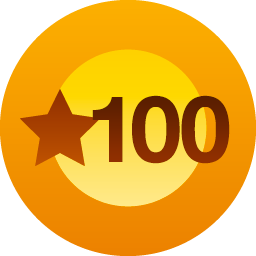 Wow! That was quick. (Just one month is existence)

Thanks you guys, couldn’t do this without you.

This post is something of a whimsey. Just to confirm this is not a marketing episode only resulting from the urge to share a little fiction lightness around the blogosphere.

These are extracts from’ Skirmishers of Lace, Steel and Fire’ Volume 2 of my Precipice Dominion Series. 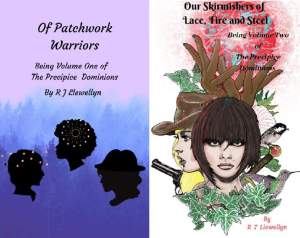 There are three central characters, female Captain Arketre Beritt (soldier-LifeGuard), Custodian Karlyn Nahtinee (a talented but unknown quantity ) and Trelli (aka Trelyvana Waywanderer) unwilling recipient of a power known by various names and trying to come to terms with it. In Volume 1 (Of Patchwork Warriors)  they bonded in various ways. They are friends (Karlyn thinks of Trelli on a BFF basis and also takes a role of a sort of elder sister) while Arketre and Karlyn are lovers (calling each other ‘Flaxi’ and ‘Kitlin’ respectively).

The narrative of Volume 2 is set against the backdrop of a war in the Princedom of Terasonia, resulting from an invasion by peoples from another realm not of this world.

These are lighter themed snippets involving Trelli and a local lord Osavus who share an ‘attraction’ which is now reaching a romantically expected result and the reactions of her friends.

(Note: ‘Yerguh’ is the colloquial term for the foul tasting ‘Arrestation Wine’, a concoction designed to prevent women LifeGuard from becoming pregnant)

Karlyn scampered along the walkway causally ducking the few missiles and resultant bits of stone flying off from impact to reach her lover currently taking shot at the foe.

‘Hey Flaxi. You enjoying this then?’

‘Gotta do what a LifeGuard has to do Kitlin,’

‘Yer, suppose so. Hey. Is that Whychie’s window?’

‘Probably at prayer. Y’ know how she is. Puts us to shame,’

‘Never seen no pulses before,’

‘Aww, we best leave her be. Probably some tuscatalian thing she got taught. C’mon give me a hand to seek out likely useful targets, Have you yet found Hulivera by the way?’

‘Nah, They got her hidden somewhere. Last I heard it was even thought she was with Zwiggle, them being in-laws and sharing the loss of a close-one. That would make sense,’

‘Hmm. We’ll have to find her sometime. If we get the chance that is,’

Having deftly changed the subject twice away from Trelli, Beritt grabbed Karlyn’s arm and led her off away from the view of Trelli’s location, winking over her shoulder as she did.

Cut to a later stage (OK I edited out the interesting bits for purposes of continuity of the theme of this post….so sue me!)

Having awoken in the afternoon and once more shared each other’s bodies they had long since dressed and had been staring out the window, holding hands.

‘They’re back,’ she had said with relief. My friends are back,’

‘I’ll be more nervous than ever about meeting them now,’ Osavus confessed.

‘Read this,’ she said a little mirthfully handing him a piece of paper which had suffered from being rolled up. ‘Do you remember Arketre pressing a small bag into my hand as you carried me away, for the second time? This was inside,’

‘My dear friend Trelli. Here are two twists worth of my famous head pain powders. Only take them when the pain is horrid and then only one a day. The yellow bag also includes two twists, these being of Yerguh, which judging by the handy-holding and big-eyed looks you and Osavus are sharing along with your pretend faintings you should partake of one as this is no time to be made unfortunate. Get your rollings while you can soldier. Your friend Arketre,’

‘I did not for the record,’ she said once he had finished ‘Pretend to faint,’ a heaviness of dignity entered her voice ‘I was feeling weak, at the time. Inside her officer performance Arketre is as villainous as any ordinary soldier,’

Osavus who was now not too sure of whether the captain had herded the pair together still found some humour there.

‘Yes, she’s not really suited to her rank, is she? But why is the custodian so hostile to me?’

Trelli waved a hand vaguely above her head.

‘Really? I’m surprised she has time to indulge in pleasant matters of people,’ he grinned ‘ Can you tell me who is the lucky man?’

‘Darling Trelli I won’t press you on your confidences,’

She puffed out relief

‘Oh well. There you are then,’ she smirked wickedly ‘Fine for all-grown up Karlyn. I think she might have decided I am some sort of younger sister to be protected,’ Trelli set wide eyes on Osavus ‘Do I need to be protected Osavus?’

They laughed and he was set to place his arms around her when there came an insistent tapping at her door.

‘Wot you all so fussy ‘bout Flaxi. This is our Whychie we’re-‘

‘That bed is very messy!’ she accused.

Trelli hopped off of the window sill and stood in front of Karlyn.

‘Now you just stop there Karlyn Nahtinee and leave Osavus be,’ she stammered briefly seeking out the words ‘I chose this. I started the, eh proceedings,’

‘Like a good soldier,’ Arketre Beritt said, leaning against the wall arms folded ‘Got hers while the going was good,’ she eased up, reached to her back pocket and drew out her Drygnest book, adding ‘And why not ah say,’

‘Flaxi!’ Karlyn protested. ‘And you fibbed! Telling me Trelli was at prayer! You knew!’

Karlyn struggled to find the right words and failing resorted to rounding on all three with a cry of.

‘Ooooh you soldiers, you!’

Osavus wisely, as a mere male had not intervened

‘C’mon then Kitlin. Let’s go and see. You best stay behind Trelli and plan whatever you have in mind,’

‘Intended to,’ she said hoping she sounded as if she already had half a plan and not a big space where panic bounced around, for something to do she addressed Osavus. ‘My love. You will be expected to be some place. Go,’

He took hold of her and kissed her firmly.

‘I will return.’ He said before kissing her again.

Beritt shoved an open-mouthed Karlyn out of the door, who in turn voiced her cause

‘I was only gonna say I think ‘e might be suited to her after all,’

The World As It Is. Not As It Should Be

Analysis of the Current using The Past