Nearly one year ago I posted up that Part III of the Precipice Dominions, being Daughters of Circumstances. Arbiters of Consequences’ initial draft had been completed and the fun part of editing, re-writing and so forth would be begin. When the volume is around 250,000 words this tends to encourage the urge to make sure everything melds together and continuity of the previous volumes Of Patchwork Warriors and Our Skirmishers of Lace, Steel and Fire runs smoothly. Since neither had sold well, there was the luxury of yet another re-edit of those works. Thus the past year has been an epic of not just rooting out persistent typos, but straightening syntax and a modest adjustment here and there. In addition along came the bonus of having tremendous fun in two less than serious marketing campaigns:

Just for Marketing and Giggles- The British Approach

Just for Marketing and Giggles II (The team conference)

There was some worrying or to be precise reflection over the length. Though in setting out a backdrop which involved several seemingly separate conflicts; being military, political and one of obligation which actually all overlay and interlock; to give each their fair due the narrative would have to be long. I also have this need (Flaw? Some might say) to go into depth on how events and their own subsequent actions affect a character; this comes from reading much military history; some of my writing is thus a dedication to those who have been there at ‘The Sharp End’. Having worked in the UK Civil Service for most of my life there was also the need to illustrate some of the complexities, frictions and downright follies which go on. Combining personal experience with reading military history convinced me there are no perfect or cunning plans by a villain or group of villains which nearly go right. A great number of the decisions are made on the hoof as it were. Hence witness blundering, hasty reactions, indecision and being wrong-footed by the unexpected. Heroics combined with astute tactics and strategies are valuable, but for them to work they require the foe to display error and sometimes stupidity which must be seized upon.

In these days of worrying news and illustrations that the ‘bad guys’ do not get their neatly served up just deserts, something which is common in fiction too, there was a tendency to kick back. My intention was for the reader to enjoy the journey (a lot of differing ‘scenery’ out there folks)  and indulge the feel-good factors…… Which didn’t stop me stretching credibility, after all this is a Fantasy Novel with many different things happening in the greater environment; reading cosmology and trying to understand the basics of quantum mechanics / physics while including spirituality and some might say nods to ‘Gaia’ tended to also add to the mix.

A mash-up some might accuse me of. A Complete hodgepodge of themes untidily mixed together. A wandering series of confused elements.  My response is a shrug and to reply ‘Have to you looked around the messy world, read the confusions recorded in history and seen the questions arising in the sciences these days? Arguably these books are as close to A Reality as anything out there in your world,’

And, so there it is: 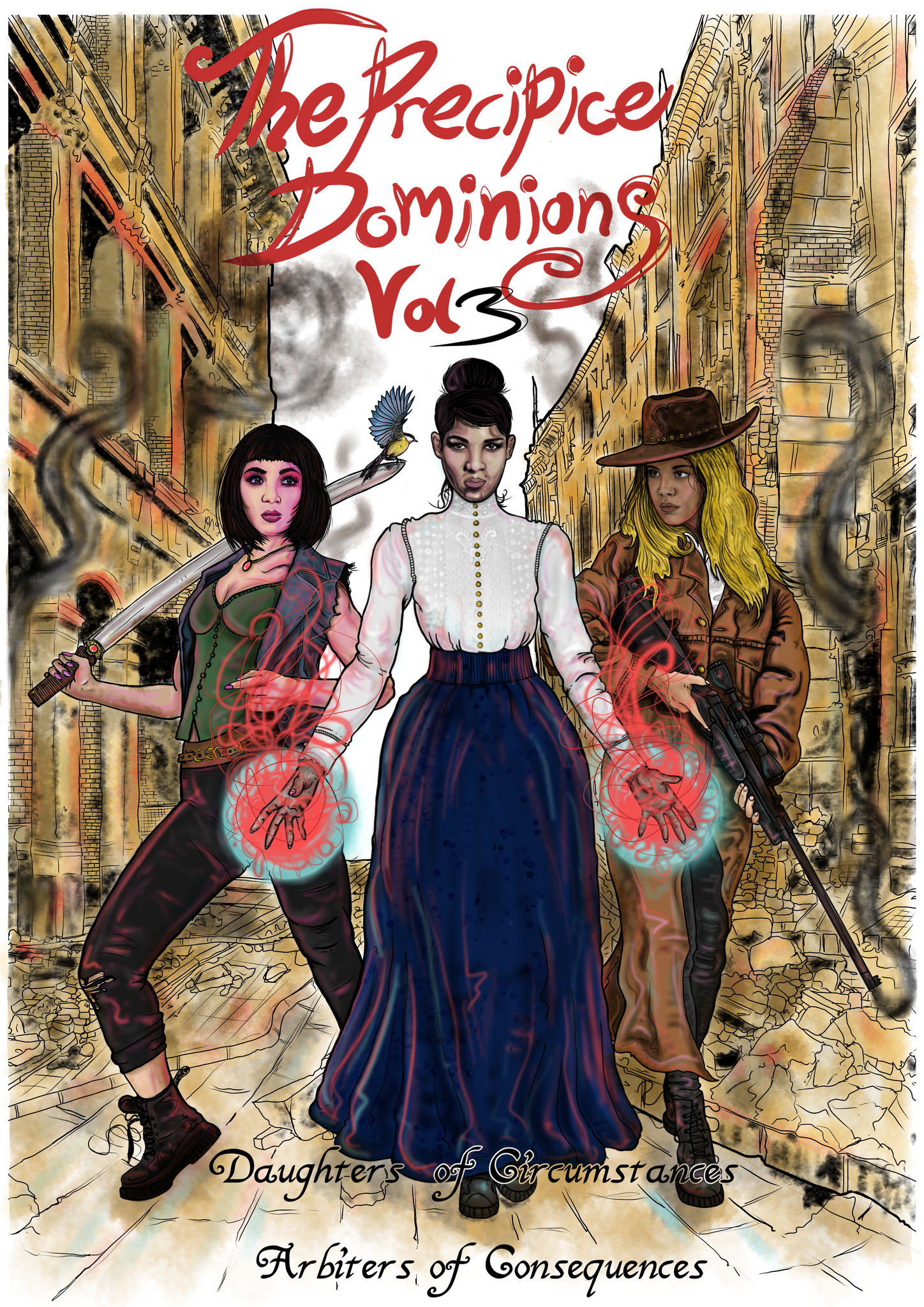 Sometime in the next week there will be an announcement of the launch on Kindle….a few days free of course. Now all that’s left on My List being:

Worrying whether Amazon will upload the whole lot.

And musing on how to correctly and seriously interest folks in the whole trilogy. For this Volume would be a hard slog, if not incomprehensible without reading the previous two. Therefore there will be another post giving an Overview of the entire Trilogy; intentions, themes and commentary on the narrative.

About 5 to 6 years reaching this point. And I admit to feeling very durn good about the whole business. Sales would be nice, but ‘High Holy‘ (as they say in the books) seeing the project completed and out there….well, Satisfied and Content don’t come close.